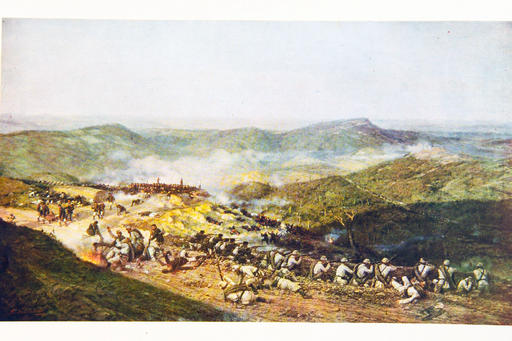 The defence of the “Shipka Pass” was one of the most heroic and decisive battles during the Russian-Turkish War of Liberation 1877-1878. The combats that took place from 09/21 to 13/26 August 1877 between the pass defenders and the Turkish army, entered the Bulgarian history under the name of the Shipka Epopee.

The task of the small-number Russian-Bulgarian detachment under the command of Gen. N.G. Stoletov, about 7,500 people strong, was to deter the Suleiman Pasha army that was overpowering it by its numbers (approx. 27,000 people and a reserve of 10,000), and not allow it to cross the Balkan Mountains and join forces with the Turkish units in North-East Bulgaria, in help of the Osman Pasha army besieged in Pleven.

The engagements for Shipka began on 09/21 August 1877. For six days Bulgarians and Russians repulsed by fire and bayonets the incessant attacks of the Turkish battalions. The third day was the hardest and decisive for the defence – 11/23 August – when the Turks were increasingly tightening the belt round the defenders, while the ammunition was dwindling to the end. Suleiman Pashalaunched in the afternoon all his reserves to the field, against the centre of the defence. 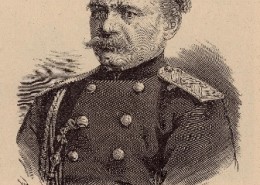 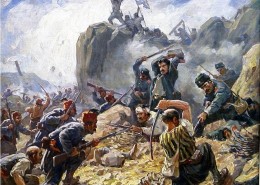 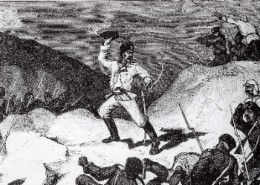 In that most critical moment, when it looked that Shipka was about to fall, the first reinforcement arrived, sent by Gen. Radetzky from Gabrovo. All the companies making up the 16th infantry battalion arrived there late in the afternoon and, following a fierce fight, the Turks retreated. Shipka was saved!

Fighting went on for the next three days, but the pass was already firmly in the hands of the Russian army. The defence of Shipka continued also during the autumn and the winter of 1977. That period went down in history as the “Winter Shipka Standing”. In spite of the cold and fog, in spite of the snow-storms and blizzards, the Shipka defenders guarded heroically the pass. Of those days filled with bravery and self-sacrifice, the telegraph referred with the terse phrase: “Everything is quiet at Shipka”. 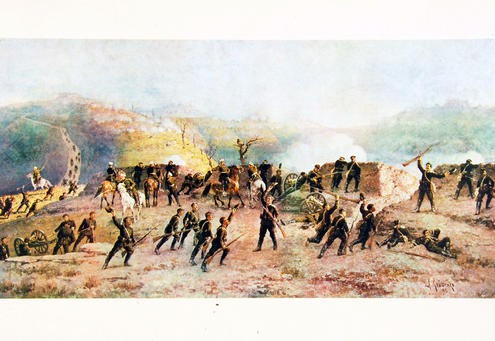 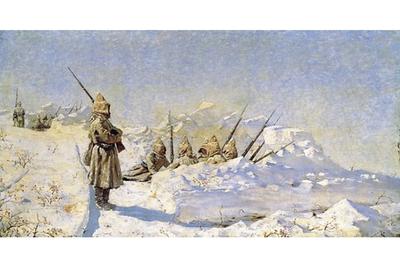 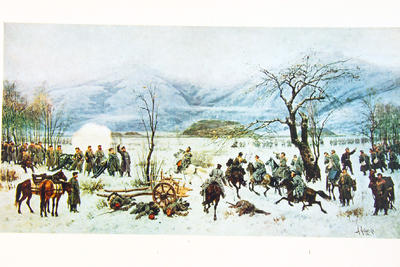 The Russian soldiers and the Bulgarian volunteers turned the pass into a fortified stronghold, a “closed door before the Turks advance towards Northern Bulgaria, and an open door for the victorious march of the Russian army to Tsarigrad (Istanbul)”, to quote the words of Gen. Radetzky.

After the fall of Pleven (29 November/10 December 1977), the Russian troops crossed the Balkan Mountains under extremely arduous winter conditions and captured the Turkish army of Veisel Pasha at the Sheynovo fortified camp on 28 December 1977/9 January 1978. The victory at Shipka-Sheynovo was a well-deserved conclusion of the Shipka Epopee.

The casualties that the Russian regiments and the Bulgarian volunteers suffered at Shipka and in the Sheynovo field, were approx. 11,000 people killed, wounded or missing, while in excess of 9,000 people were the ones that froze or fell sick during the “Winter Shipka Standing”. 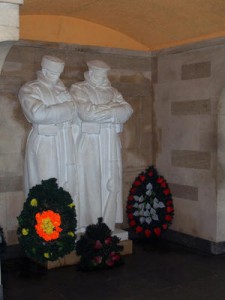